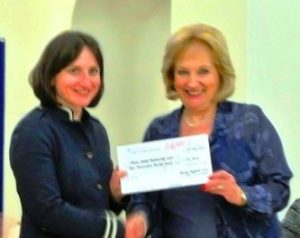 Below, chairman Gill O’Halloran is seen handing over a cheque for £236 to Gay Evans, Community Fundraiser for Treetops Hospice. Proceeds generated by the concert in St John’s Church, December 2012. 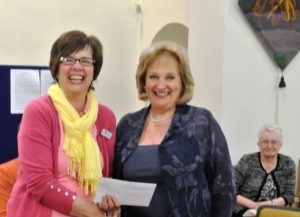