On the 11-March Derby Hospitals Choir presented cheques to not one but FOUR good causes!!
The main presentation was a cheque for £6500 raised from the December-2015 Cathedral concert to SANDS, the selected charity. 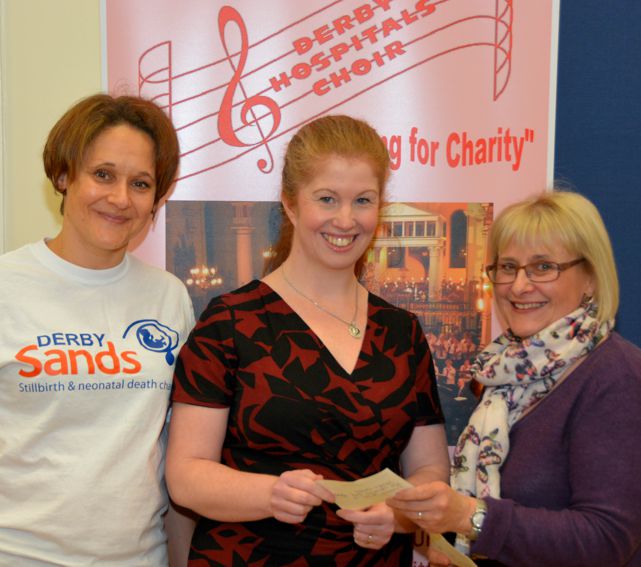 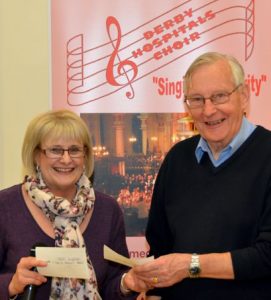