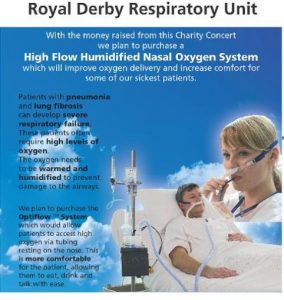 I am very proud to report another fantastic year for the Derby Hospitals Choir with the 2012, 30th Anniversary Christmas Concert being an amazing success, attracting a full house at the Derby Assembly Rooms. We were privileged to have Charles Hanson perform the duties of guest compere and his unique sense of fun gave a new dimension to our concert.  I am delighted to report that Charles has agreed to join us again this year.

Once again, the most important thing to say in my report is a huge thank you and well done to everyone involved in this remarkable success. Due to the refurbishment of the Broadway Baptist Church, rehearsals this year had to be held in the church hall.  Although this did prove rather difficult we managed to rise above adversity and succeeded in performing our best concert ever!  In terms of funds raised for the Royal Derby Hospital Respiratory Unit, we should all be very proud of raising the record sum of £10,000 – the team from the RDRU was overwhelmed when they learned of the amount involved. I should at this stage say a particular thank you to Marjorie Tucker and Margaret Lane for their donations in memory of their dear late husbands, Ken and John respectively, both of whom had received marvellous care from the RDRU.  This year’s concert was dedicated to their memory and so it is fitting that feedback received from those who attended the concert showed it to be the most widely enjoyed performance to date; they would have been proud of us! 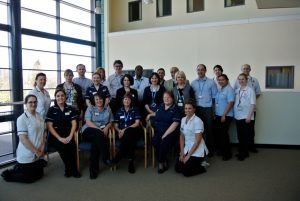